Due to the demands of T's work in the winter, Mr. D and his Tama don't get to see as much of each other in these colder months as they would like. They have established a number of traditions in order to overcome this challenge, and their mid-January trip to the amazing American Museum of Natural History is shaping up to be one of their favorites.

They had already selected Tuesday, January 18th as their target date this year when the weather reports started to come in. Snow. Ice. Slush. Ice. Sure enough, on the appointed morning, his school notified us that they had decided to go with a delayed opening. No problem for our intrepid adventurers, who had long planned to take the train anyway. And no problem for mama, who was granted the entire day off and who looked forward with cozy anticipation to a full day of luxurious at-home puttering.

That was the plan right up until my partner and our son turned up the heat with giant begging puppy eyes: 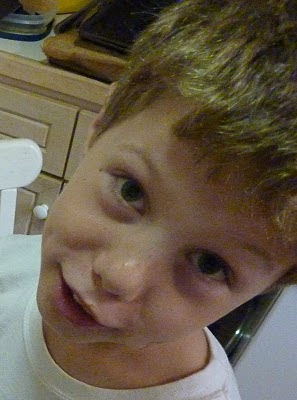 The next thing I knew, I was dashing for the shower so I could make the train along with them! 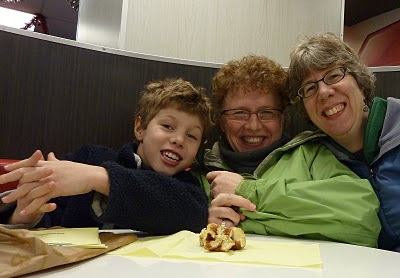 (Of course we stopped for a little cinnamon roll action in Penn Station.)
A little over an hour later, we were some of the very first members in the door at the AMNH. 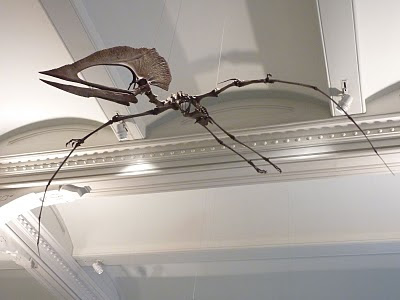 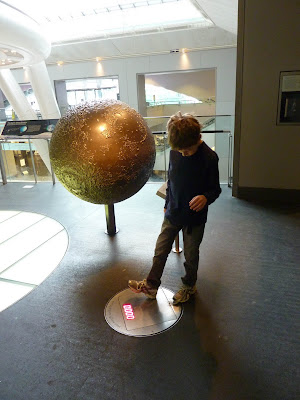 and experimented with how much we'd weigh on the moon.

But the room where we spent the most time by far
was the incredible main wing
of the gems and minerals collection.
Our boy is a serious lover of beauty. 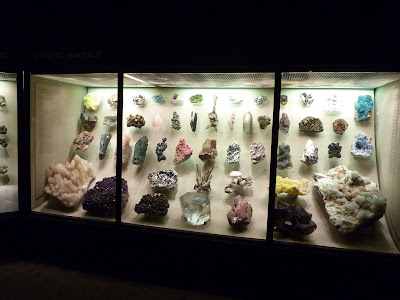 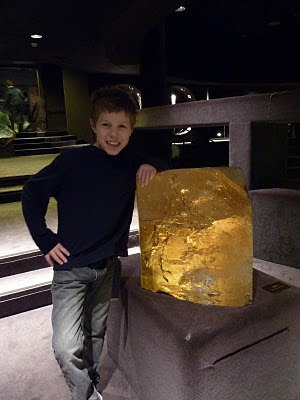 At the same time, he is seriously
dedicated to demonstrations
of strategy, determination, and raw power: 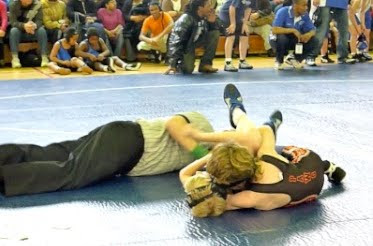 (This wrestling pic was taken just three days prior.)
We all had a wonderful day together, and as a kind of reward, the weather bestowed a second snow day on me yesterday, while Mr. D had another delayed opening. We're just loving winter!

(And we remain open to suggestions
for more fun winter adventures...)
Posted by Shelley at 7:11 AM No comments: Links to this post 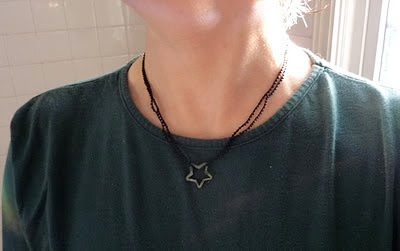 If you've just figured out how close Valentine's Day is and are getting a little panicky, have I got a cure for you! Hop on over to TrueJune's Etsy shop & think about brightening your sweetie's day with one of her necklaces. They are beautiful, simple, and pleasinlgy unusual, and I are likely to go instantly to "treasured" status.

I wound up with the same one I gave to my niece C, and we're both just thrilled.

(Let me know which one - or ones! -
you're pining for in the comments.
Hat tip to artist/author friend
Auntie Nish for turning me on
to the work of our fellow Brown grad.)
Posted by Shelley at 10:08 PM 1 comment: Links to this post

Email ThisBlogThis!Share to TwitterShare to FacebookShare to Pinterest
Labels: review 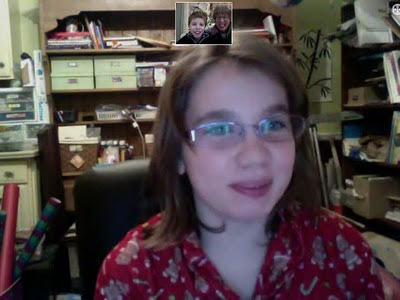 Today marked the occasion of the boy's first Skype call. And who better to share that moment with than his fantastic Cousin C? It was an occasion for much merriment; the look on Mister D's face when he realized that he could "carry" Cousin C to his bedroom while she "carried" him to her kitchen was indescribably awesome.

Getting to listen to Cousin C's reaction to his latest wrestling highlights video as she watched it for the first time was pretty great, too.

I'm desperately hoping that this technology takes some of the sting out of the impending move to SC (theirs, not ours). If tonight was any indication, I'm thinking that my hopes might be well-placed.

(My next goal?
Musical sharing via Skype.
Just THINK of the rounds we could learn!
How about you? If you need help getting started,
it's likely that you'll find everything you need
right here on the ol' intertubes.)
Posted by Shelley at 11:29 PM No comments: Links to this post