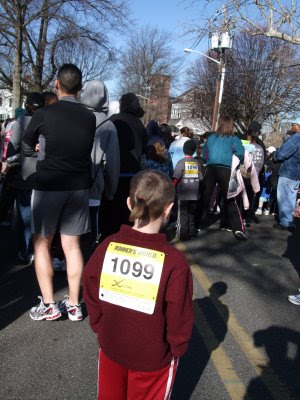 The first time you really jangle your funny bone, you think, "Hey, that's not funny!"

This past Saturday a certain 7.5 year old was signed up to race in a one-mile "Fun Run" in Bordentown, NJ. (He'd missed running in the now-defunct Princeton Fete the year before, and was itching to give this year's new sneakers a rigorous test.)

The course was mapped out on closed off city streets, whereas the Fete Fun Run had been a combination of outdoor track and practice fields. I decided I wasn't quite comfortable with sending Mr. D off into the streets of Bordentown with a "just follow everyone else, honey," so I tagged along. 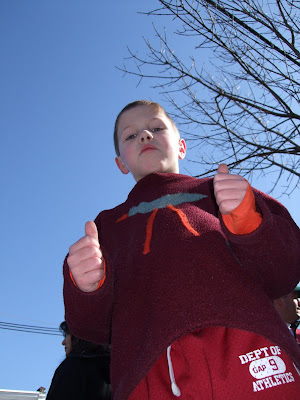 This explains why the end-of-race "double thumbs up" picture is taken from this odd angle. I was lying down on the sidewalk. Next time, he follows everyone else while I cheer madly from the sidelines! (Although he did finish nicely, I'm sure he would have run a faster race without his wind-sucking mama trailing pathetically along behind.) 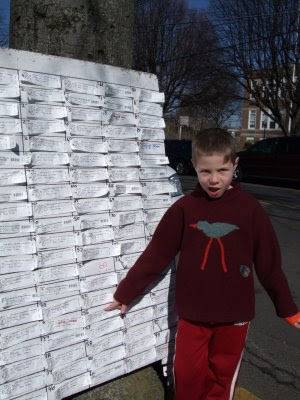 He'll be back.
Posted by Shelley at 9:41 PM 4 comments: Links to this post

The fabulous Miss T was here this past weekend.

Her special day, complete with the professional (and fabulous) production of Twelfth Night, was indeed special.

And we fit in some other stuff, too: 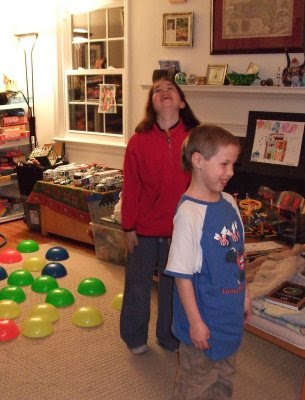 Email ThisBlogThis!Share to TwitterShare to FacebookShare to Pinterest
Labels: family

Okay, I don't feel so bad now. Turns out the Simeone Foundation's awesome race car museum wasn't open yet back when I was living in Philly. Figures. Then again, I wasn't the mama of a boy with a need for speed back then, either, so I guess it all works out.

We went last weekend, actually, but a nasty bout of food poisoning did a number on my plans for last week and I'm just now starting to catch up. The museum is great. Easy to get to, down in the section of Philly that is mostly home to the airport park-n-ride establishments, this one is all park and no ride, but well worth the trip nonetheless. They had every kind of high-end race car I'd ever heard of, including one of Mr. D's beloved Aston Martins. 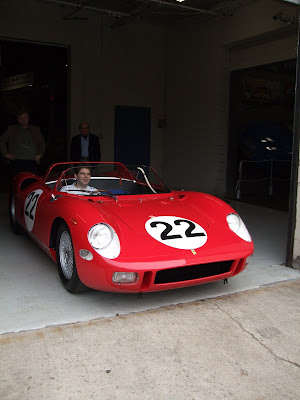 First, though, this rare sighting of a Ferrari on the go...
it had been on loan to the museum, but was then sold.
The new owner was awaiting its arrival in California,
and we got to see the car on its very last day in Pennsylvania.
Gorgeous. 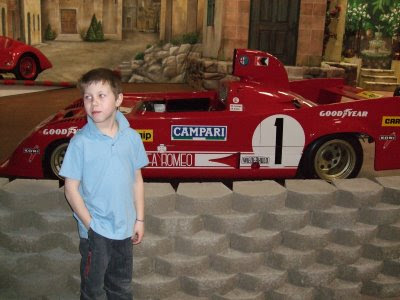 What, this old thing? This is just my Alfa Romeo. 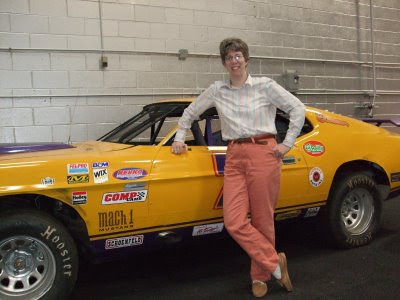 Nothing quite as fancy for me, thanks...
but I do love me some deep yellow!

(We had a great visit,
and it's free for kids eight and under...
got there just in time!)
Posted by Shelley at 10:44 PM No comments: Links to this post

Here's one I loved today (about five minutes):

A Thousand Words from Ted Chung on Vimeo.

(Thanks to Tessy of Thriving Too,
who shared it first.)
Posted by Shelley at 9:29 PM 1 comment: Links to this post

It's official.
The smaller denizens of the earth are stirring. 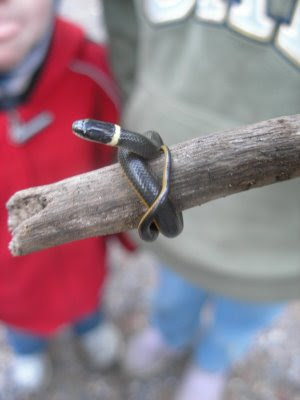 And I slept last night in short sleeves
for the first time in what feels like forever.

(Warm gratitude to the fabulous Wendy Cook,
whose post yesterday morning inspired this one.)
Posted by Shelley at 6:44 AM 4 comments: Links to this post

Wow, how cool is this? It's Mr. D's half birthday AND Square Root Day! 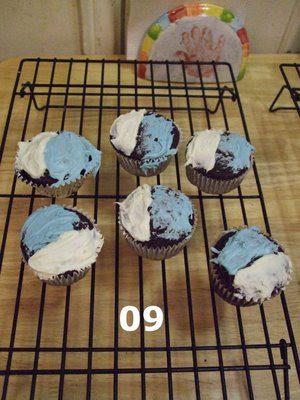 I'm just sorry I didn't know about it in time to create square cupcakes!

Although we were quite pleased with our symbolic "half birthday" half and half icing.

(A big tip o' the hat to Aunt Chelle,
who clued us into Square Root Day just in time.
And I have to say I'm enjoying online photo editor Phixr.)
Square+Root+Day
Posted by Shelley at 6:03 AM 1 comment: Links to this post

Email ThisBlogThis!Share to TwitterShare to FacebookShare to Pinterest
Labels: geek

Over the River and Through the Woods

Mr. D and I had a terrific visit with Grammy and Grampy this weekend.
We watched some amazing wrestling... 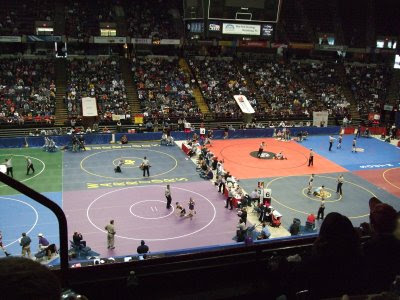 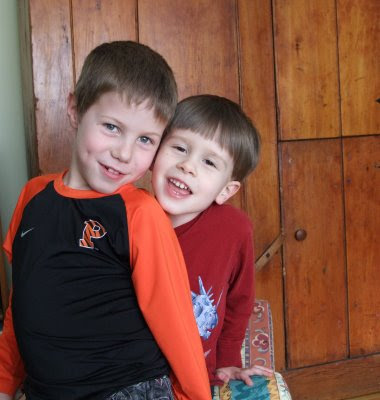 And shared some great stories: 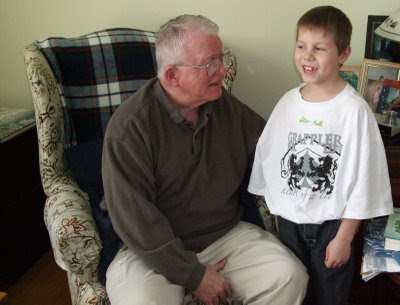 As Mr. D explains to Grampy in this picture, he was especially excited to be able to get his new wrestling shirt (the text reads, "Grappler for Life: the heart of a lion") autographed by the new New York State champion in the 119 lb. weight class, the amazing Steven Keith. Steven is a fierce and classy wrestler who is also a totally nice guy who will be attending Harvard in the fall (his mom, it seems, was rooting for Princeton, but hers was not the deciding vote... oh well!) With some luck, we'll get to see Steven wrestle again the next time the Princeton v. Harvard wrestling match is in New Jersey.

I didn't get a picture of Mr. D and his Grammy delightedly poring over mathematical drawings and equations, but I suspect that there will be lots more photo opportunities in that category in the years ahead!

This last picture was taken about 10 minutes after we pulled out of Grammy and Grampy's driveway: 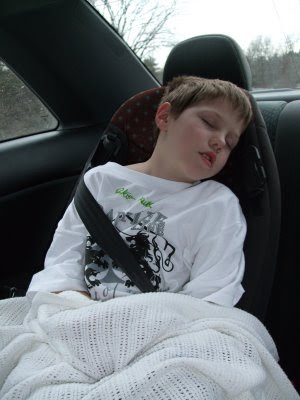 Kind of makes you want to take a nap yourself, doesn't it?

(Thanks again
for another great visit,
Grammy & Grampy!)
Posted by Shelley at 11:30 PM No comments: Links to this post